He Chose to Rinse his Mouth 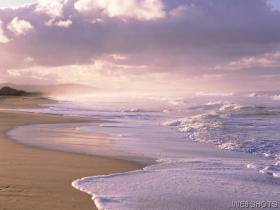 He felt confused, as he rinsed his mouth, once again.
His mother yelled at him, he had wetted his shirt, again.
His father dragged him inspite of the wet shirt, into the car.
After all, they were going to the beach and it was not far.

The seven year old, walked with his parents, kicking the sands on the beach.
Feeling they were so near, and yet,so out of reach.

Suddenly his mother, ordered him to close his eyes,
while his father moaned, because of some, culture dies.

As his parents dragged him away,
He turned around to look,
At the couple who hugged,
unconscious or uncaring of glaring looks.

How will I tell them, he furiously thought
As his parents stood to watch, two men who fought.
He dragged them to the waves, from the cheering crowd.
But couldn't enjoy, even the waves, he dearly loved.

Yesterday he had easily confided to his parents, when a student had kicked him.
But today felt ashamed and didn't want to confide, what had happened, to him.

Confused between their shame towards affection
And the interest towards aggression.
He couldn't decide, if what had happened to him,
was affection or aggression.

What if it was something, that everybody did as a whim?
What if he mentioned it to his friends and they laughed at him?
It didn't happen in the cartoons and movies he saw..
Perhaps it was not even against the law.

You are Special and this is a Secret, he had been told
And what would his parents do, if the truth he told?
It wasn't a stranger, but a person, his parents knew,
Perhaps, this was something his parents already knew.
Will they tell this was just something he had to obey?
Or would they blame him for not running away?

Angry over being a pawn in someone's game.
He hated the Special Secret and feelings of Shame
Yet felt happy over being the chosen one..
If only he knew what he should have done..

He was a boy, and wasn't supposed to cry.
Yet salt water ran down from his eyes.
So he splashed more into the waves,,
Trying to hide the tears from his eyes.

Before leaving, he ran back to the sea
Annoying his parents by, again rinsing his mouth.
Well, It was easier to rinse his mouth,
than to utter the word sex from his mouth.

Have a Great Day!